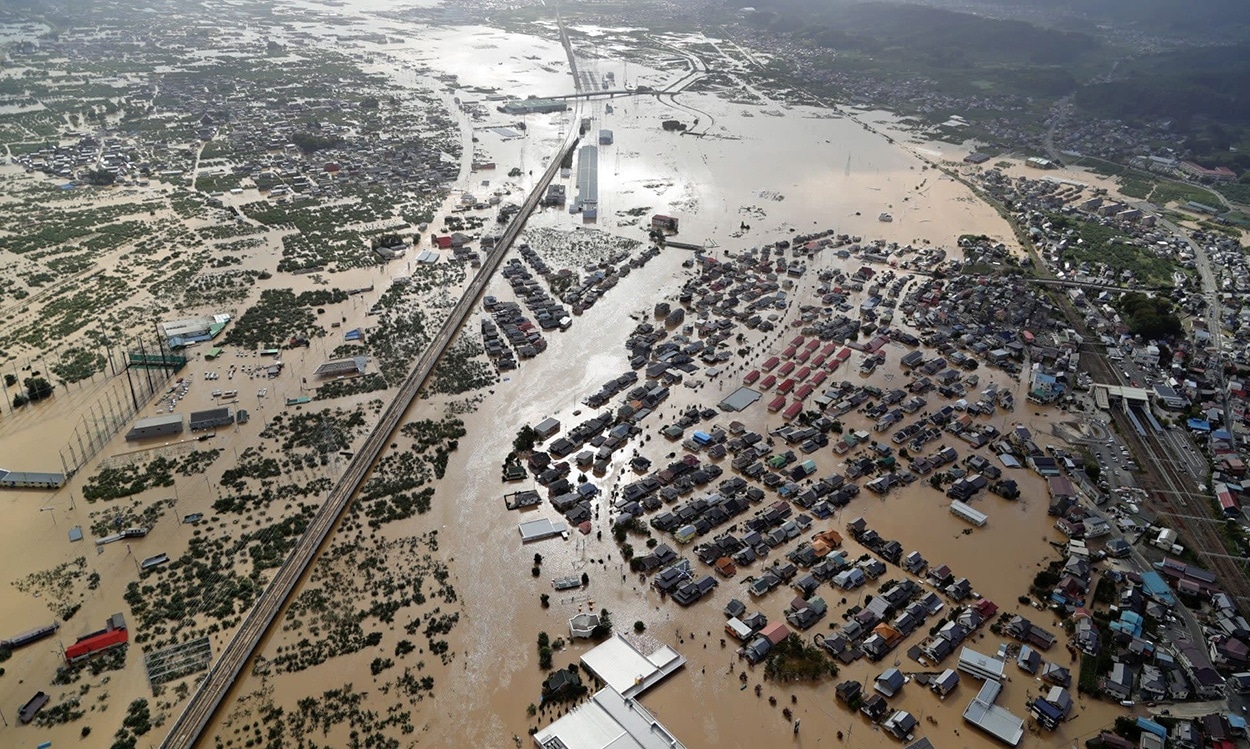 Typhoon Hagibis made landfall in Japan’s Iza Peninsula on October 12 before later sweeping through the greater Tokyo metro region. At least 95 people were killed, and more than 93,250 structures damaged or destroyed. Total economic losses were expected to exceed USD10 billion, with insured losses minimally in USD billions.

In the United States, extreme wildfire conditions marked by the seasonal return of Diablo and Santa Ana winds led to numerous fire ignitions across California from October 10-17. At least three people were killed and nearly a dozen others were injured. The most destructive fires included the Saddle Ridge Fire (Los Angeles County) and Sandalwood Fire (Riverside County). Total economic damage was expected to exceed USD100 million, with most of the losses covered by insurance.

Meanwhile, a severe weather outbreak spawned nearly 30 tornado touchdowns, damaging winds, and large hail across the U.S. Plains and Southeast on October 20-21, killing at least four people. Most impacts were recorded in Texas, where a confirmed EF3 tornado with up to 140 mph (220 kph) winds struck several neighborhoods in North Dallas. Further tornado and storm-related impacts were cited in parts of Arkansas, Oklahoma, Missouri, Louisiana, and Tennessee. Economic and insured losses were likely to reach into the hundreds of millions of dollars, if not higher.

“Events such as Typhoon Hagibis in Japan and wildfires in California served as a reminder of the repetitive, or clustering, nature of certain perils on a year-to-year basis that can often be hard to predict. With ample exposure located in high-risk locations all around the world, it becomes increasingly important to utilize the latest tools available to better prepare for future weather and climate-related scenarios in both mature and developing markets,” says Bowen.

Other natural hazard events to have occurred in October include:

Parts of Western, Central and Eastern Africa were affected by seasonal flooding throughout October. The events resulted in significant humanitarian impacts and hundreds of thousands affected. The combined death toll from October flooding was minimally listed at 208.

A weakened Typhoon Mitag made landfall in eastern China’s Zhejiang Province (Zhoushan City) on October 1 as a tropical storm, and a second landfall in South Korea on October 2. Heavy rains led to flooding and landslides in South Korea, where at least 14 people were confirmed dead or missing and more than 1,000 properties were inundated. In Zhoushan, China, the storm caused three fatalities. Total economic losses amounted to at least USD816 million, including USD553 million in South Korea and USD263 million in China.

An active bushfire season in September and October saw numerous fires burn across parts of Queensland and New South Wales as much of Eastern Australia continued to deal with severe drought conditions. The fires destroyed dozens of structures and the Insurance Council of Australia declared separate insurance catastrophe events in each state. Total economic and insured losses from the bushfires were expected into the tens of millions (USD).