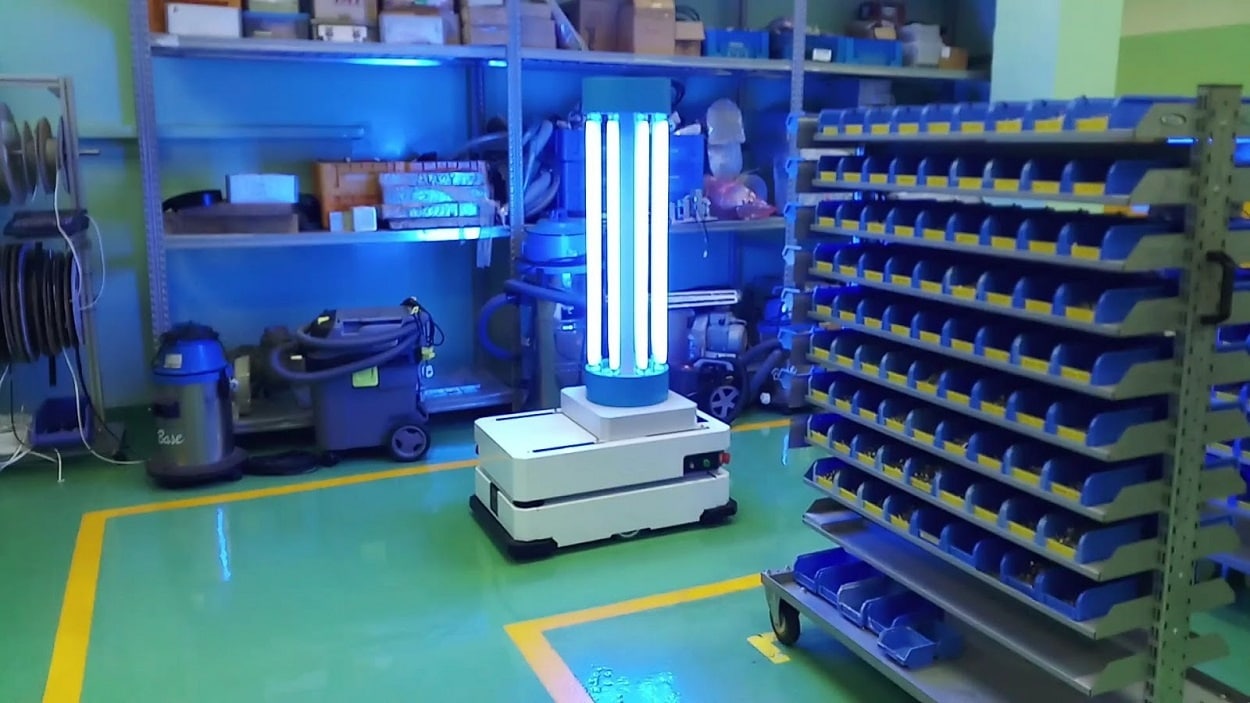 A combination of autonomous vehicle technology, UV-C sanitisation methods and DiSa’s proprietary AI powered sensing software, the robot is a first-of-its-kind in the country, and aims to increase sanitisation standards while saving time and manpower, in retail stores, hospitals, airlines and other commercial buildings.

Within a short span of two months since the idea was developed, DiSa’s UV Disinfection Autonomous Mobile Robot was created. Using a controller, a user may navigate the robot around a room, while the robot uses laser sensors to precisely and independently map out its blueprint. Once this is done, it can then travel wirelessly and automatically to disinfect the different areas it has mapped out.

As it manoeuvres around unassisted, it is also able to detect objects blocking its way that it will automatically avoid.

In terms of sanitisation, DiSa claims the robot is able to increase effectiveness and accuracy by targeting often-neglected spots and using UV-C light (used similarly to clean medical equipment) to kill up to 99.99% of bacteria, viruses and pathogens.

UV-C light does this by destroying and disrupting the DNA or RNA structure of these organisms, rendering them unable to replicate and repair.

In many commercial buildings, sanitisation processes are still mostly manual and takes an average of one hour for a standard sized room to be completely sanitised.

DiSa claims its robot cuts the time taken to disinfect one room to just 15 minutes.

According to DiSa CEO Eddie Chng, DiSa’s robot will alleviate manpower costs and aid sanitation workers in the fight to reduce the spread of disease.

“During times of peace, we are accustomed to manual cleaning processes that work to keep the status quo. As much as they are an important part of our everyday lives, manual procedures are inevitably prone to human error and inconsistencies. 360-degree UV sanitisation methods are extremely thorough, and are able to target hard-to-reach areas to ensure high hygiene standards are met. Automation is the future and will greatly assist humans in times of crisis such as this,” says Chng.

According to Chng, DiSa’s UV Disinfection Autonomous Mobile Robot will soon be rolled out to major retail stores and other commercial properties. A smaller home version is currently in the works, slated to be launched by Q3 2020.