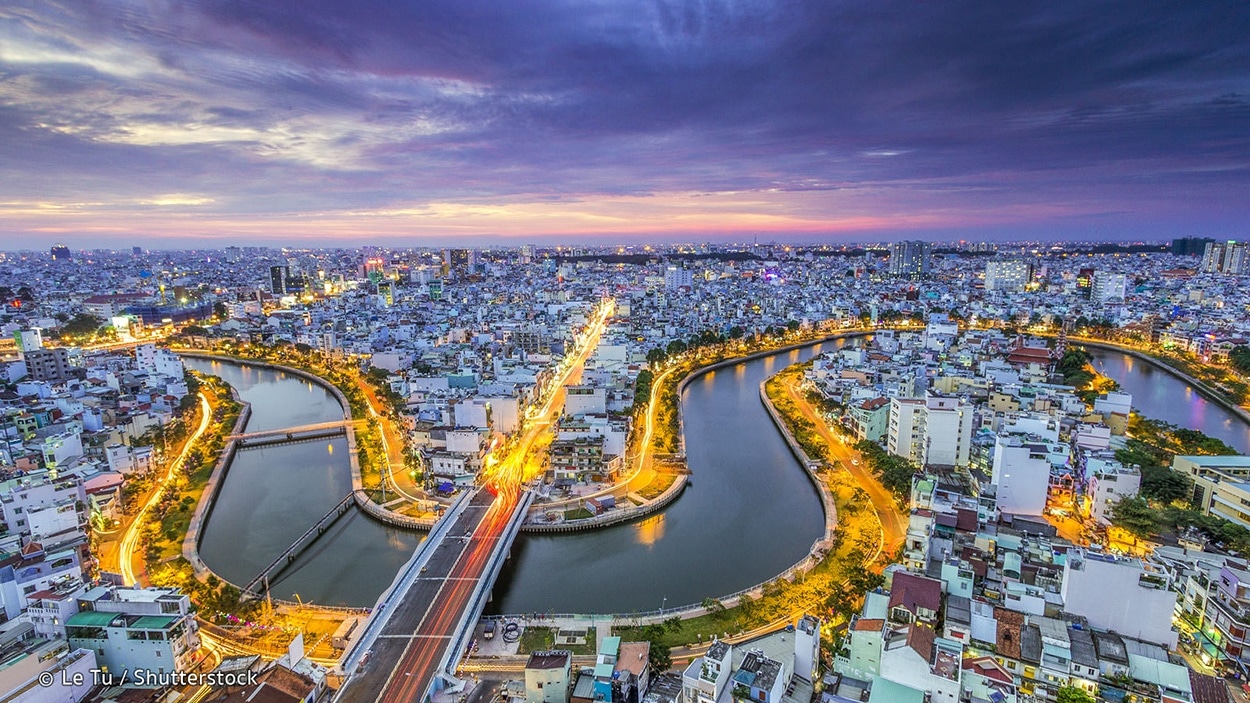 Vietnam is fast emerging as a manufacturing hub and home to some of the largest multinational firms in South East Asia contributing to exports across textiles, tech and footwear.

Vietnam’s meteoric rise may be attributed to a combination of robust economic growth, stable currency and attractive foreign direct investment inflows and inflation, which has been carefully controlled. This may be gauged by the fact that the country’s growth rate has surged to about 7% from just 3% three decades back.

According to HSBC estimates, Vietnam is expected to clock a 6.5 % growth in 2019 as compared to 7.3% and 6.9% in the previous two years; demonstrating consistency.

Manufacturing and supply chain management are bright prospects for the Vietnamese economy resulting in boosting foreign investment and increasing exports. This is particularly true since it established itself as a major exporter of smartphones.

While the country is still categorized by the World Bank as a middle-income country, it has achieved a significant improvement in food production, with lower food imports. Significantly, Vietnam imported nearly all its food ten years ago, making this shift to self-reliance a major contributor to the domestic economy. It is also ranked among the top two exporters of rice and coffee.

The strategic location of Vietnam has always made it a geopolitical country of interest. However, in recent years, the country’s 90 million odd population, which are mostly millennials, are driving the large-scale consumption market while offering further potential for growth opportunities. For Japanese firms, which are primarily export driven, Vietnam is certainly one of the key markets to tap into the near future. In 2018, Japan invested about USD 8 billion in Vietnam, making up about 31% of the total FDI in the country.

Investments in manufacturing have made for a buoyant domestic economy, especially since Vietnam established itself as a popular textile destination. The top five sectors in terms of investments in 2018 were fintech, e-commerce, travel tech, logistics, and educational tech.

Additionally, South Korea’s LG Innotek has pumped in half a billion dollars in a Vietnamese camera module factory while Swedish furniture maker Ikea has pledged the same amount into warehouse and retail projects in Hanoi.

The Vietnam Government’s aim to privatize a majority of 400 state-owned enterprises, is expected to bring in higher efficiency and result in more open markets. Vietnam’s inclusion in the MSCI Emerging Markets Index would lead to significant inflows from ETFs into the market.

Vietnam’s capital, Ho Chi Minh City, has also been an attractive destination for FDI. In the first quarter of 2019, South Korea has been the largest investor, accounting for 43% of the USD 1 billion investment flows into the city. This was followed by Singapore, Japan, UK and the United States, comprising almost 40% of the investments in the capital.

While Vietnam’s central location and good climate have been major advantages, it has also been viewed favorably as a tourist destination that provides an affordable, well-connected, multi-cultural and cosmopolitan experience, with its principal cities, Hanoi and Ho Chi Minh City, receiving the most tourism traffic.

Tourism is expected to increase with the Formula 1 Hanoi Grand Prix in 2020. It is expected this will raise regional perceptions of Vietnam as a major competitor of hosting prestigious events alongside Malaysia and Singapore in Southeast Asia.

With a population size largely made up of millennials with higher disposable incomes, Vietnam is also seen as a place for startups to thrive. This can be gauged from the fact that 2018 saw start-up investments to approximately USD 889 million; about three times as compared to 2017, according to startup accelerator program Topica Founder Institute (TFI). One to watch is gaming and internet firm, VNG, which may become the country’s first unicorn with a valuation of over USD 1 billion.

nextBlockchain to Boost the Logistics Sector in India