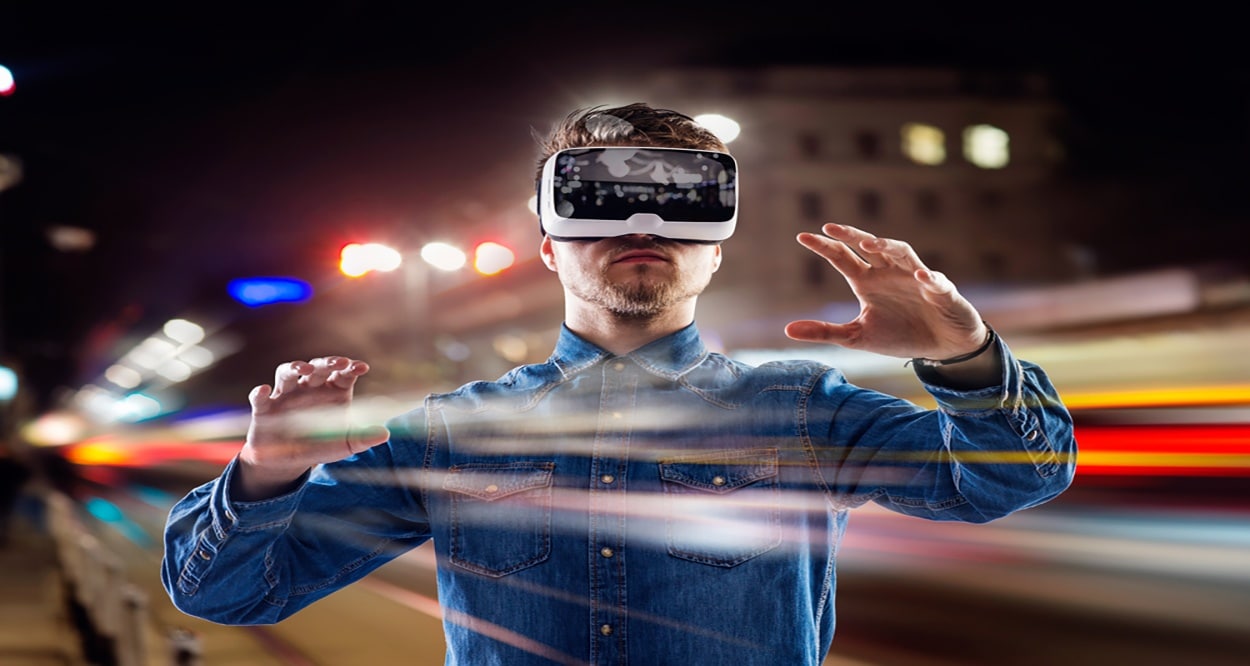 The virtual world is about to go into overdrive. According to Super Data Research, the virtual reality market (VR) is projected to reach USD 28.3 billion by 2020.

US-based market research firm Grand View Research pegged the global market size at USD 960.9 million in 2016. Estimates may differ from research firms, but unanimity on the growth of this sector is clear.

Large tech companies are investing heavily in Virtual Reality and its close cousin, Augmented Reality. Historically, the sector has largely relied on heavy capital investments. Fortunes have changed with the sector experiencing a number of mergers and acquisitions and IPOs coming to the fore.

Some recent, notable acquisitions include: Oculus VR by Facebook, Flyby Media by Apple, Skillman & Hacket and Thrive Audio by Google Microsoft Corporation, Layar by Blippar, Kooaba by Qualcomm and mind Pirate by Hewlett Packard. The list goes on… Intel Corporation, Daqri LLC, Atheer Inc, PTC, Cyberglove Systems Inc are other examples where companies have made in-organic growth in the sector.

North America accounts for 39 percent of VR mergers and acquisitions followed by Asia Pacific at 29 percent. Europe is at 25 percent while the rest of the world is around 4 percent.

Larger tech incumbents are capitalising on smaller firms’ R&D efforts and using that intel with their larger resource capabilities to enable a quicker scale up in operations. M&As in VR have also put a price check on competition to some extent, bringing down the number of competitors that would otherwise have further segmented a hotly contested space.

This strategy has also helped tier one tech houses to focus on innovation, technology upgradation, expansion of product portfolio and service portfolios.

The IPO route for VR is expected to reach 60 percent by 2020 from the current levels hovering around 20 percent.

There is much more to virtual reality than just gaming which has been a traditional consumer of the technology. VR is making headwinds in sectors such as defense, healthcare, education, marketing and vocational training. Grand View \research claims the number of active users of VR will exceed 171 million by 2018. Contrast this with the state of play in 2014, where the number of active users were around 200,000.

There is immense scope for both hardware and software manufacturers. The hardware market, which is the largest revenue contributor, is expected to reach market value of USD 7.3 billion in 2018 according to Statista. The software segment is expected to follow suit. Statista claims the combined market estimate is likely to reach to USD 12.1 billion.

The industry has gone a long way as far as creating an immersive multimedia environment and sensory experience for users. But this is just a beginning. Challenge lies in bringing down the cost of the technology which is still expensive and beyond the reach of most. Larger tech players, with their reach and volume, are likely to significantly bring down consumer costs.

For example, Facebook recently announced that its new headset Oculus Go would cost USD 199 when it hits the market in 2018; a massive drop from when Rift sold the headset for USD 599 USD – which also required a PC to operate the VR headset for another USD 500.

China with its mass manufacturing base will be a key market in the next three years, which may act as a disrupter in the sector which is currently dominated by the US. A recent Bloomberg report claims that the virtual reality market in China will reach USD 8.5 billion by 2020. It is estimated that there are over 200 VR startups currently working in China. The country is likely to push the global cost model into a tizzy with cheaper products. Recently, a Chinese company sold headsets sold at USD 20 through Amazon…

As mentioned, VR is finding its place in sectors including healthcare, education and industrial prototyping. The market will see product offerings beyond wearable items with companies developing solutions to integrate virtual reality in smart phones and digital tablets to help further reduce cost and make the technology more portable.

Virtual reality is also moving towards high quality sound technology that is reminiscent of the real, 3D world. While Head Mount Display Devices have had a virtual monopoly in VR, better and more sophisticated Gesture Tracking Devices and Projectors and Display Walls will be the new norm in VR and AR products.

From a usability perspective, there has been some concern Head Mount Displays and Gesture Tracking Devises pose health risks to certain users due to ergonomic and weight considerations on VR equipment.  Motion sickness is also a common phenomenon associated with VR and the technology needs further development in this area.

The VR sector is clearly working to deliver more portable features at an affordable cost and it will be interesting to see the kind of innovation that intense competition will invariably bring to this space.

nextWhat Business does Kindness have in Business?