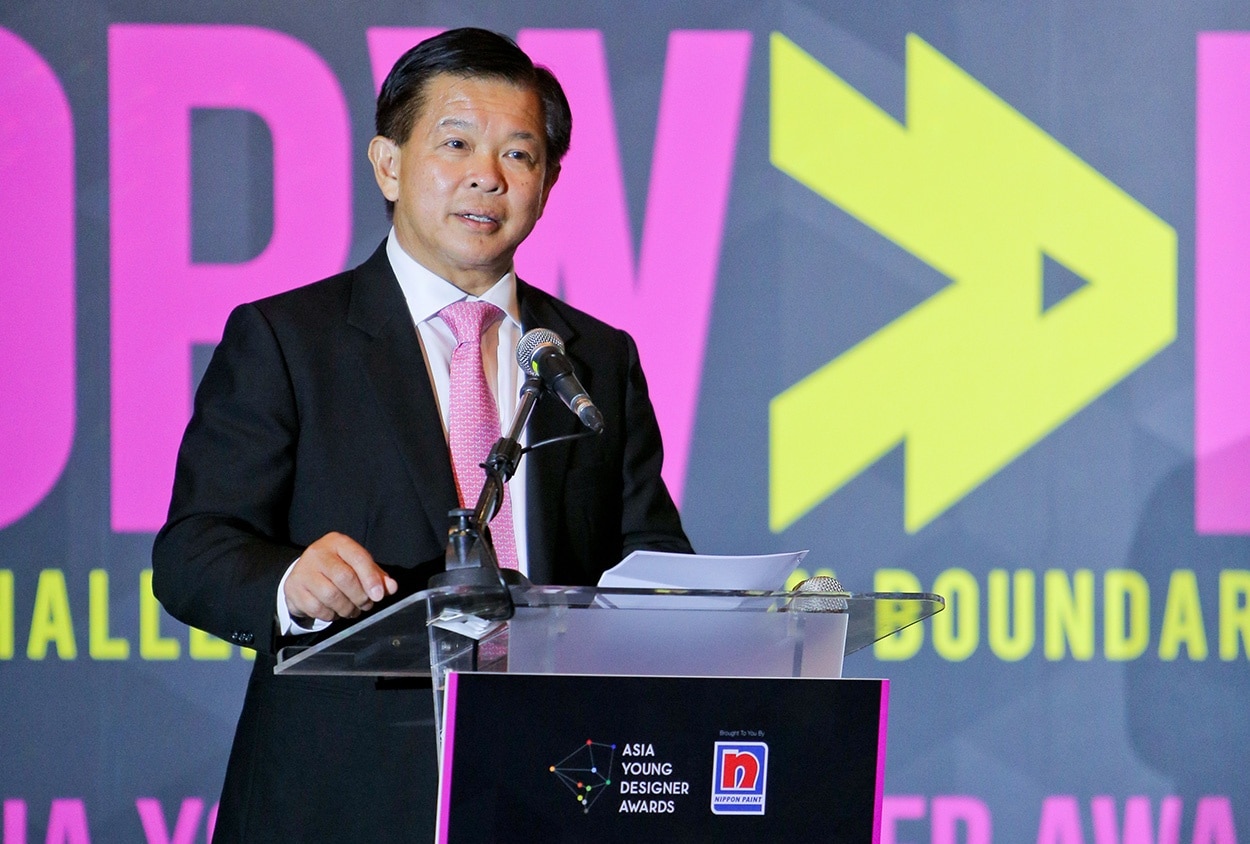 Despite the growing importance of collaboration between CSR partnerships, businesses find it difficult to translate intent into meaningful outcomes.

According to NIPSEA Group, Group Chief Executive Officer Wee Siew Kim, Nippon Paint’s focus on ‘smart partnering’ has yielded successful programmes with tangible benefits for the marginalised communities in Asia. Some initiatives include its annual Asia Young Designer Awards (ADYA) engaged 117,000 students from 987 universities in 15 Asian countries to create designs to address real-world problems, and, the Nippon Paint Certification Course, which equips hundreds of villagers with painting and coating skills that led to employment opportunities in Indonesia, India and Malaysia.

We asked Wee why Nippon Paint pivoted towards social impact programmes, and, whether consumers really care; is it a tangible differentiator between competitors, and does it really translate into more sales? According to Wee, brand loyalty, higher employee engagement and healthy profits are proven by-products of community-mindedness.

“Our philosophy at Nippon Paint is to always give back to society in ways aligned to our values. We firmly believe that people matter. While monetary support helps, we want to be able to directly impact the lives of people. With far-reaching impacts of effective social impact programs, Nippon Paint believes it is imperative to integrate this into our long-term vision. Surface-level corporate social responsibility (CSR) is no longer enough. Consumers are able to resonate better with companies that are socially responsible – majority of them have a more positive image of companies that support social issues and environmental efforts, and they feel that when they use a product or service of a socially responsible company, they are doing their part. The more socially responsible the company is, the more supportive the community and consumers become. The right social impact programme also helps improve the company’s reputation and raise trust levels – consumers can trust us to do the right thing in all situations. In addition, it helps companies attract top talent, raise productivity, and maintain high employee engagement,” says Wee.

Wee shares how the Nippon Paint Certification Course in Indonesia impacted his colleagues directly, and, strengthened their resolve to continue investing in social impact programs.

“As part of our social impact programme, Nippon Paint worked with underserved communities to impart skills as well as up-skill workers and assist them in securing a sustainable livelihood on their own. Since 2016, in Indonesia and Malaysia, Nippon Paint has trained and certified more than 215 people and 100 people respectively for the Nippon Paint Painters Certificate. The success of the programme enabled us to expand the initiative to India in early 2018, where we trained women in the Thindivanam and Coimbatore villages – educating them on technical skills for basic construction, understanding types of surfaces, paint characteristics and paint application. Twenty-five of these women have been certified with the Nippon Paint Painters Certificate and many have gone on to start their own painting service companies, while others have secured jobs within the construction industry,” says Wee.

As a result, Wee says Nippon Paint aims to develop a new rural network of painters over a period of time that will aid to reach territories previously out of reach. Wee claims that preliminary results from have proven positive, and they aim to extend this initiative into less privileged areas in other regional markets.

According to Wee, companies that demonstrably prove they protect or create social capital via effective social impact programmes will be easily able to differentiate their products from competitors. Wee argues that smart partnering is an effective mode to achieve great outcomes.

“The current trend among companies to advance their CSR initiatives is entering into ‘smart partnerships’. In a recent McKinsey’s article, ‘Creating Partnerships for Sustainability’, a strong CSR ecosystem is not without its challenges, and many of these challenges cross jurisdictional boundaries and require systemic changes beyond the capabilities of individual companies. As a result, the best approach for business is to partner up, be it with governments, investors, local communities, NGOs or other companies,” says Wee.

Wee cites an example on Nippon Paint’s recent collaboration with Rotary Club of Madras in India to conduct a free medical camp to provide healthcare support for users of Nippon Paint.

“We have a constant commitment for the overall well-being of all its employees, and with the rise in health-related issues and lifestyle changes, regular medical check-ups are crucial for one’s well-being. In addition, Nippon Paint partnered with Tamil Nadu Service Development Corporation to retrain and certify a total of 10,000 painters which will now recognize them as professional painters. The painters received the new certification following a free professional training at Nippon Paint’s PROceed training academy, Chennai,” says Wee.

In the SE Asian region, Nippon Paint also organises the yearly Asia Young Designer Awards (AYDA) in order to cultivate the next generation of socially-conscious designers.

“This can only be achieved through establishing valuable partnerships with industry professionals in each geographical location to come on board as judges and mentors to AYDA’s participants. Smart partnering is especially effective when both sides see win-win potential and are motivated to realise the substantial benefits. Partnerships, particularly long-term ones that are built on a realistic understanding of the strengths on both sides, have a greater likelihood of achieving the desired outcomes and being sustainable,” says Wee.

While successful CSR programmes make meaningful experiences for both receiver and giver, we asked Wee whether the significant investment Nippon Paint has made into its social impact programs have added tangible value to the bottom line. Wee argues that as corporate responsibility continues to mature, one of the key shifts in recent years is the move toward values. In today’s current climate, companies do stand up for values like inclusion, empathy and environmental preservation, however, Wee argues many still play second fiddle to financial performance, to the detriment of all.

“A company’s approach is a reflection of the values of its customers, employees and investors. NIPSEA continues to do more than giving money to solve problems. As such, other companies can learn to embrace other inclusive holistic approaches. Nippon Paint aims to make a difference by taking steps towards developing strategies that makes our business’s growth process more inclusive, with a big focus on improving living standards of the underserved population. This includes investing in our employees through internal existing employee initiatives that sponsor low-income families and their children by providing subsidies on academic programs and vocational training. By building a culture of engagement through CSR, Nippon Paint is able to build a workforce that is proud, motivated and socially responsible. This subsequently helps in the recruitment of top talent and to boost employee retention, which contributes positively to the company’s bottom line,” says Wee.

According to Wee, education is one of the most important pillars that contribute to building a socially inclusive community for the workforce in Singapore and Southeast Asia. He also argues that by investing strongly in employees and contributing to personal development equates to higher retention, positive morale and higher productivity.

“This helps to attract future talent too, who are keen on producing actual social impact alongside Nippon Paint,” says Wee.

While Wee says Nippon Paint has committed to delivering tangible results on its CSR pledges, he also says with the current tech revolution taking place, Nippon Paint has to anticipate and adapt to changes swiftly in order to stay relevant as digital and automation technologies evolve.

“Innovation is a hallmark of Nippon Paint. For example, there is a rise of environmental-friendly household decoration demand which presents a growth opportunity in Hong Kong. Responding to this, Nippon Paint created the ECO Essence Interior Emulsion Paint which replaces petroleum products with renewable plant resources from palms and Nordic forests. Certified by German certification authority TUV SUD, the paint was launched in 2018 and became a popular option for users,” says Wee.

In addition, Wee claims Nippon Paint is analysing technologies to speed up its R&D processes.

“Through High Throughput Experimentation, we are able to run dozens of tests simultaneously instead of carrying out single experiments one after another. Some top raw material suppliers for paints and coatings have utilized HTE to quickly conduct hundreds of tests in one day. HTE is new to paints and coatings manufacturers, and has good potential,” says Wee.

With the advent of new technology, companies face the issue of massive employee retraining to ensure that new automation services are seamlessly integrated into existing operations. To this end, Wee says that while this requires valuable man-hours which could be directed to other projects, he argues it is an opportunity cost that will reap substantial benefits for companies in the long-term.

“We strongly advocate for continuous R&D to develop products that respond to both the current and evolving needs of consumers in Asia. All these initiatives are representative of NIPSEA’s vision as a company that believes in the importance of education and how it shapes the lives and mindsets of young individuals at the onset,” says Wee.

(Ed. Wee Siew Kim is Group Chief Executive Officer of NIPSEA Group, a JV between Nippon Paint Holdings of Japan and Wuthelam Group of Singapore. He is responsible for the Group’s businesses operating in APAC, India and ME. Wee serves on the Boards of SBS Transit, ES Holdings and Mapletree Logistics Trust Management and SIA Engineering Company. Wee is also a Fellow of the City and Guilds Institute and served as a Member of Parliament for the Ang Mo Kio Group Representative Constituency in Singapore from 2001 to 2011.  Featured image of Wee Siew Kim at Nippon Paint’s Asia Young Designer Awards 2019.)