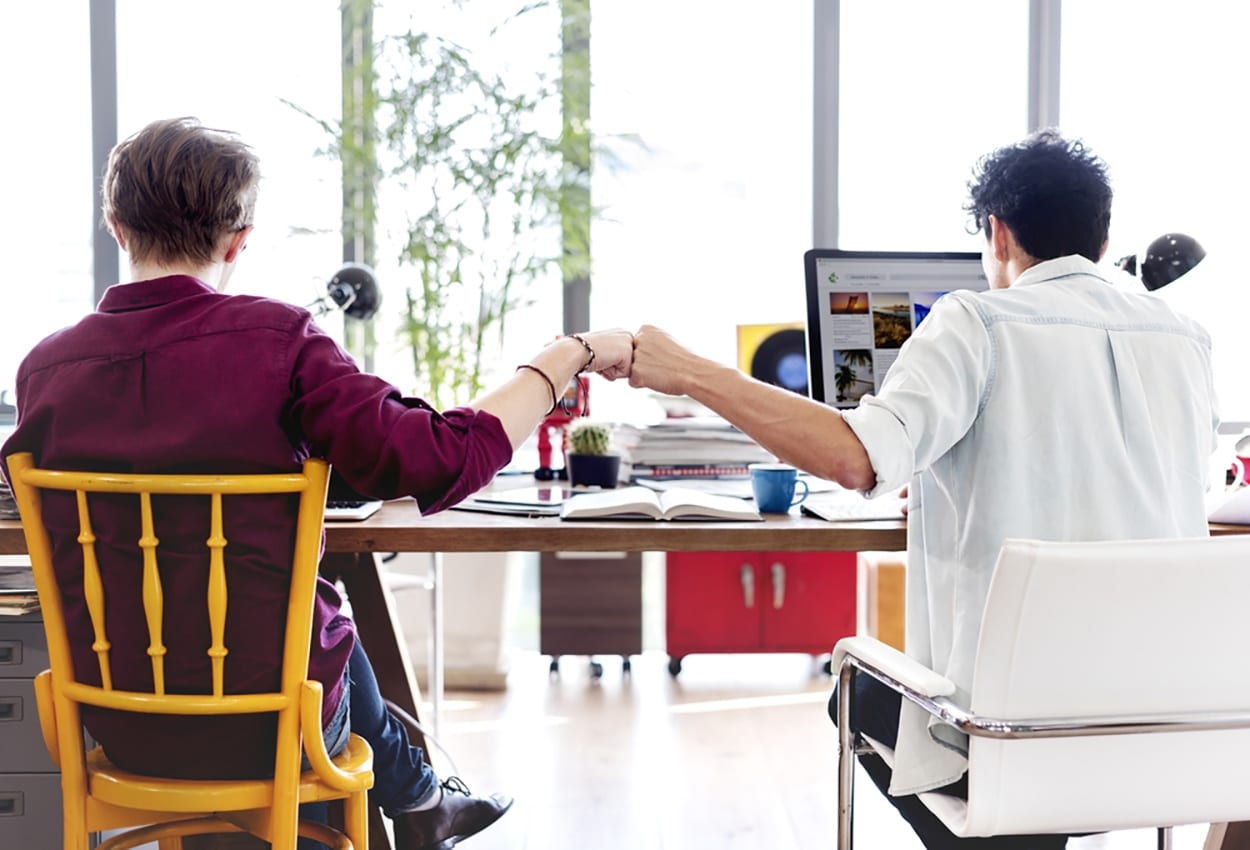 Following on from Part I, last week, we chat with Advisor to the Board of World Kindness USA Michael Lloyd-White on his journey to establishing WK USA, and how organisations can do their bit to bring about real change in a world that celebrates, and rewards, self-interest. According to Lloyd-White, real change starts and ends, with collaboration.

We understand that there are many hurdles to collaboration in the private sector. However there are just as many obstacles in the NFP sector, which competes for donations, government grants, time with people of influence, staff and management, volunteers and Facebook likes.

In light of these hurdles, we needed to create a platform for collaboration which no one could easily object to.

Kindness is the platform.

From that fateful day in London at the 7th General Assembly, to finding myself in Seoul chairing the 9th General Assembly at World Kindness Movement’s 20th Anniversary, my time was always focussed on implementing the overarching strategic plan we had presented to change the world – without funding and determined to not compete for donations or government grants to maintain our independence, the bar was set high.

To achieve this, it required collaboration.

As a relative new player in the world of Not-for-Profit, this was going to prove a little more difficult than I had first thought. We have had tremendous success and breakthroughs and there is no doubt that more people are realising kindness is one of the essential ingredients to rebooting our culture, however an important piece to the plan had been evading us. We had numerous independent local organisations from the US actively involved in WKM including Random Acts of Kindness Foundation – one of WKM’s founding members with many more doing wonderful work in this space and in 2017 we had several more US non-profit kindness organisations join the fold.

Unfortunately, for the past five years we had struggled to see a peak national body established in the most influential nation on earth, despite our continued prompting whenever an opportunity presented itself. The culture of competition which saw a nation flourish can become a hurdle to collaboration. This seemed to be the issue in the US more so than elsewhere. That was until now.

The thinking behind encouraging the formation of national bodies as part of the strategic plan, was not just from an operational point of view to share the load of a growing movement but more so to open doors to influence the powers that be. The Secretariat mission was to support the creation of inclusive national platforms for collaboration as independent organisations that had our international endorsement. Under Australia’s stewardship and with assistance from foreign consulates and the Office of the Australian Prime Minister, the international membership had grown to now also include former non-member nations such as China, Malaysia, France, Switzerland, South Africa, Thailand, Mexico, Pakistan, Ukraine, Liberia with numerous additional organisations from the USA and as a result, we now see the establishment of World Kindness USA as a peak national platform for collaboration.

Our national bodies while affiliated and sharing the values of WKM, once established, remain independent from WKM, however enjoy a greater reach in their membership base ensuring they were not preaching to the converted but rather engaging all sectors of the entire community, from business to education and from government to peak industry bodies and cities.

This had proven to be successful in varying degrees in countries like Australia, China, India, France, Korea, Thailand, Liberia and Nigeria but it is still very much a work in progress. Language and cultural barriers as well as economic environments all impacted on the strategy and not all outcomes are reached. A national body which has received international endorsement by the global body carries more weight when approaching government or the corporate powers that be. The conduct of our representatives must just not just be kind and beyond reproach they must be authentic.

The World Kindness Movement has never received negative press in 20 years and possibly this is in part because it was seen as benign and insignificant. It does not have enemies so speak of it may have critics however when you drill down to that it is criticism of the movement but more so personal. There are no scandals or blemishes to WKM’s reputation. It survived a transition from being run from a centralised government bureaucracy to an “International Coalition of The Good-Willing” a global collaborative movement without any political, religious or commercial affiliation comprised of independent NGOs who have a primary purpose to promote kindness. This is an important fact to acknowledge, as often the well-established larger government funded NGOs have the battle scars of internal politics often accused of bias with an ulterior motive and a lack of transparency exposing internal power struggles which can sabotage their purpose. It is for this reason an endorsement from WKM is tightly held and having a licence to use the movement’s logo is indeed something that is not taken for granted.

Why is The US Ready Now?

The pain of staying the same now outweighs the pain of change and people are more willing to consider new ideas rather than banging their head against a brick wall.

I always realised that this challenge would require a significant amount of my dedicated attention especially during the start-up phase and one only has so much time in a day. I provided 12 months’ notice of my intention to step down knowing on some level there was a bigger task at hand. On taking away the learnings of having the role in the global body and founding Australia’s national body I feel better equipped now than when I took on the role of General Secretary for the global body, to bring a plan to a country that is very divided.

On speaking with the founder of RAK, Mr Will Glennon, World Kindness USA was registered on the condition that I be the Advisor to The Board and first point of contact to source a diverse and high calibre executive to formulate and implement the strategic plan to see the US become a major influence for positive change. Some organisations have the benefit of funding through generous benefactors and others are running on sweat equity, however collectively we can provide support through the sharing of ideas and networks to support a global strategy, with a sustainable funding model.

Change requires everyone to collaborate without fear of risking their brand or IP or having “their turf” encroached upon. Collaboration is essential if we really want to have a chance to shifting the nation’s mindset. The political landscape in the US sees the divide increasing with a focus on the messenger rather than the content of the message.

Our 20th Anniversary of the global movement saw many milestones remembering the origins of one of our founding member’s campaigns can be traced back to 1963 when the Japanese government in preparation for the 1964 Tokyo Olympics, placed kindness on the agenda, to ensure a post war Japan welcomed its former war time enemies. In a bid to heal past pain and reconcile, Japan embraced the true spirit of kindness understanding kindness is never about yesterday, it is about today and tomorrow.

This is indeed testament to the power of Kindness in that after two nuclear bombs were dropped the relationship between Japan and the west from an onlooker’s perspective, one would never guess they were once the fiercest of enemies known for inflicting brutal atrocities. If reconciliation can happen in this circumstance than perhaps there is hope that we can heal the divides in the US so it can once again be revered as a nation of positive influence. To do this we need to engage all stakeholders and people of influence on a national platform of kindness. I believe that whatever is made by man to divide us, can be unmade by man to bind us.

In addition World Kindness USA ’s membership base and indeed all national bodies, is not specifically for Kindness organisations as it seeks engagement with Cities, Government, Business, Education, NFP Community Groups, Peak Association Bodies and Individuals.

Membership to World Kindness USA is not based on members receiving or expecting benefits of membership, rather allowing others to contribute to provide a value add to the campaign for a kinder world.

With a launch date set for April 2018 I have been busy with numerous trips to and across the US having recently spoken at conference and to organisations on a ten-city tour in 14 days. I have been provided amazing opportunities and connected with equally amazing individuals doing great work and feel incredibly confident World Kindness USA will be the organisation that can influence the guardians of the status quo from the top down and the bottom up.

We need our colleagues in kindness to rally together and inspire the nation to raise the benchmark for humanity, it is with this in mind I hope everyone will head a call to come together to inspire engage and influence those in power that a kinder world can be realised in our lifetime through providing a platform for “Conversations In Kindness” one city at a time.

Things You Should Know About World Kindness USA

Stay tuned for next week’s post, Part III – All You Need is a Kindness Clause