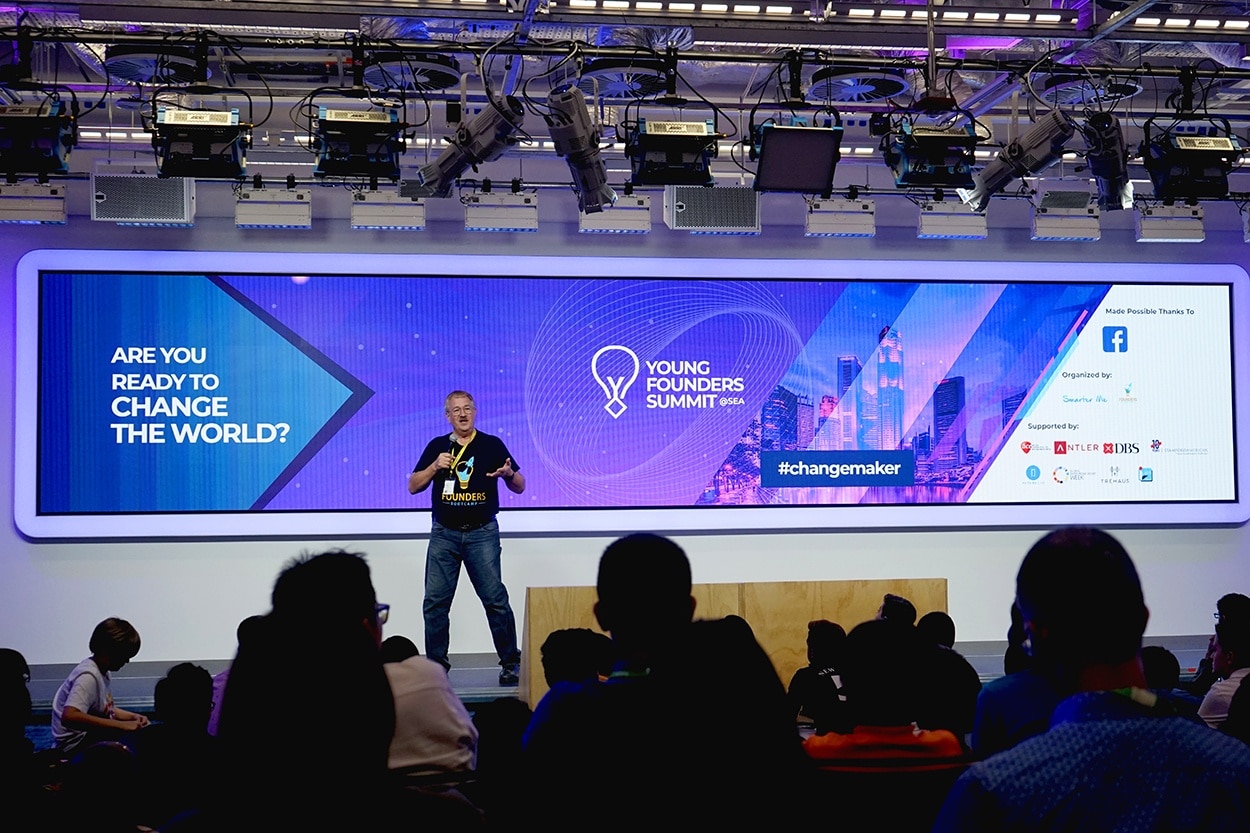 The Summit was the first time that the Los Angeles-based competition was held in Asia. Supported by Facebook, Action Community for Entrepreneurship (ACE), DBS Bank, Stamford American International School, Antler, Sunway Innovation Lab, Trehaus, and FutureLab, Facebook hosted the young founders for a pitching and storytelling workshop at its headquarters on the eve of the finals.

Teenage entrepreneurs are given the opportunity to develop their ideas and realise real-life solutions to real world problems. The past winners in Los Angeles raised USD500,000 in funding and appeared on Shark Tank.

There were over 100 submissions from teen and tween founders (no older than 17) from six ASEAN countries. The Top 3 winners won USD10,000 of cash prizes and a direct pass to the Global leg of Young Founders Summit 2019, which is scheduled for Los Angeles in April 2019. The 2019 Summit will give young founders an opportunity to pitch for USD50,000 of investor funding and entry into the esteemed two-month accelerator program.

This year, the winning team out of 30 contenders was Cure Band – who pitched a wearable device which uses heart rate sensing to detect a cardiac arrest and alerts emergency services around the victim.

Runner-ups included Guardian – an app that maps safe travel routes in India as a preventive measure for rape; and Generation Connection, an app that connects to the elderly with youngsters to resolve elderly loneliness and facilitate sharing of knowledge which was developed by a pair of 10 year-olds, Ellison Barnard and Holly Anthony from Stamford American International School.

According to CEO and Co-founder of edutech startup Smarter Me, Ee Ling Lim, Gen Z is poised to become the most entrepreneurial generation in modern history.  Ling says her organisation is keen to promote untapped potential and the importance of empowering children with an entrepreneurial mindset from a young age.

“Organizing this landmark summit of a West-East global entrepreneurship program is part of our goal to future-proof one million children in Southeast Asia with 21st century competencies by 2020,” says Lim.

“Every day, we see the amazing ways start-ups overcome the odds to build businesses on our platform that not only transform lives, but also have a positive impact on our communities. It is very exciting to see young founders create and develop ideas that could similarly transform societies, and to host these founders in Singapore” said Devanathan.

CEO of Smarter Me Lim says her organisation is based on a framework that combines tech skills (coding, robotics) with 21st century skills such as entrepreneurship and design thinking.

Prior to starting up Smarter Me, Lim spent almost a decade as an Investment Banker in Bank of America Merrill Lynch and CIMB Investment Bank, specializing in the Consumer, Retail and Technology industries.

With two daughters of her own, Lim says she is keen to create opportunities for youth to mobile change.

“The Young Founders Summit serves to inspire students to see problems around them as an opportunity and to want to create change, and more importantly, to build a community of future and current leaders and changemakers.” Says Lim.

For information registration for 2019, check out Smarter Me.